A Journey of Faith and Inspiration:

Sometimes starting is the most difficult thing, but I have found over time that persevering towards a goal is the most challenging part of life. Taking that next step, and the next one, and the next one--and on and on... Finding the strength and inspiration to keep moving can lead eventually to a new life with unexpected possibilities. 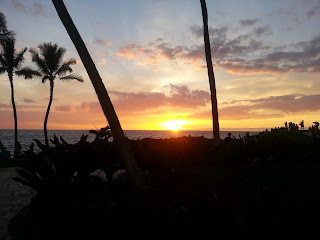 In April of 2014 I began a journey towards becoming a Deacon in the Episcopal Church. I still admit it--It's a crazy idea!!! Why would anyone in their mid-50's, within sight of retirement and relaxation, take up a journey requiring an extensive commitment of time and money that results in an unpaid position committing their service to others??
The only answer I have is that I feel I'm being called by God to serve the world around me. It sounds quaint, doesn't it? Yes, it sounds crazy to me, too!
As I start this blog I am at least a year away from ordination, and about to begin my final year of studies. So FULL DISCLOSURE: I AM NOT YET A DEACON! I can see a future, however, where I may be able to reach out to others through the medium of the web. Hence the early start on this page.
I also realized that some may be interested in my process of becoming a deacon (or NOT becoming a deacon--whichever the case may be...)--Time, and perseverance, will tell.
At best, perhaps a few people may be amused or inspired. At the least, perhaps I'll learn something about myself.
In the end, there are only three things: Faith, Hope, and Love, and the greatest of these is Love.--Paul/Saul of Tarsus.
Peace!
By Deacon Greg M at July 27, 2017
Email ThisBlogThis!Share to TwitterShare to FacebookShare to Pinterest